Procrastination is the habit of postponing something that needs to be done now. Procrastination is the way we cope up with the anxiety about doing the task or making a decision. Many of us have a general tendency to postpone our tasks and then end up performing them at the last moment or not performing them at all. Let’s start by exploring the definitions mentioned in dictionary.com and merrium-webmaster.com

The act or habit of procrastinating, or putting off or delaying, especially something requiring immediate attention

Merriam-Webster defines it as delay due of laziness, but in reality, procrastination is more than just delaying or postponing things, it is a behavior which leads to stress and sense of guilt which further leads to loss of productivity and health problems. The emotion attached with procrastination is anxiety which stems out basically because of fear of failure, fear of being judged by others. Procrastination behavior is the way we cope up with our anxiety for doing the task or making a decision.

Procrastinators are also called as:

Note: What is the opposite of procrastination. Is it proactive or diligent or concrastination.

Procrastination is a behavior

What neurosciences claim is that procrastination happens because of the choice of taking up the tasks. We are inclined towards taking up jobs which make us pleasure ( in technical terms, releases dopa-mine in brain). If there are two tasks one which is long and uninteresting and another which is small and attractive, we tend to pick the interesting work.

Psychologists claim that the underlying reason for procrastination is not because of laziness, it is mainly because of our anxiety about fear of failure and not knowing or have control of our outcomes. Source: Princeton University 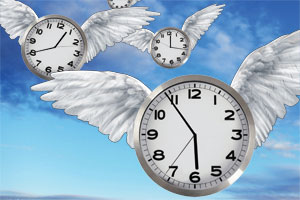 One of the first studies to document the nature of procrastination was published in Psychological Science during1997. College students were rated on procrastination and their academic performance. The costs of procrastination were massive compared to its temporary benefits.  “The chronic procrastinators are the people who makes this as their lifestyle. They show that they lack effort but they have the ability” says Ferrari. read more at psychologicalscience.org

Procrastination is learned behavior which gets accumulated on to yourself from your childhood. It is being taught indirectly by our parents and society. Read about all causes for procrastination

How to Stop Procrastination in 22 hours

What type of Procrastinator are you

About Prabakaran Thirumalai 809 Articles
Blogger on topics including Life Skills such as Learning, Thinking, Emotional Intelligence, Motivation, and Social Skills.